St. Timothy’s graduates build upon an excellent academic foundation to…

Meet a few of our graduates...

Taylor Currie, STS Class of 2013, University of Texas at Austin 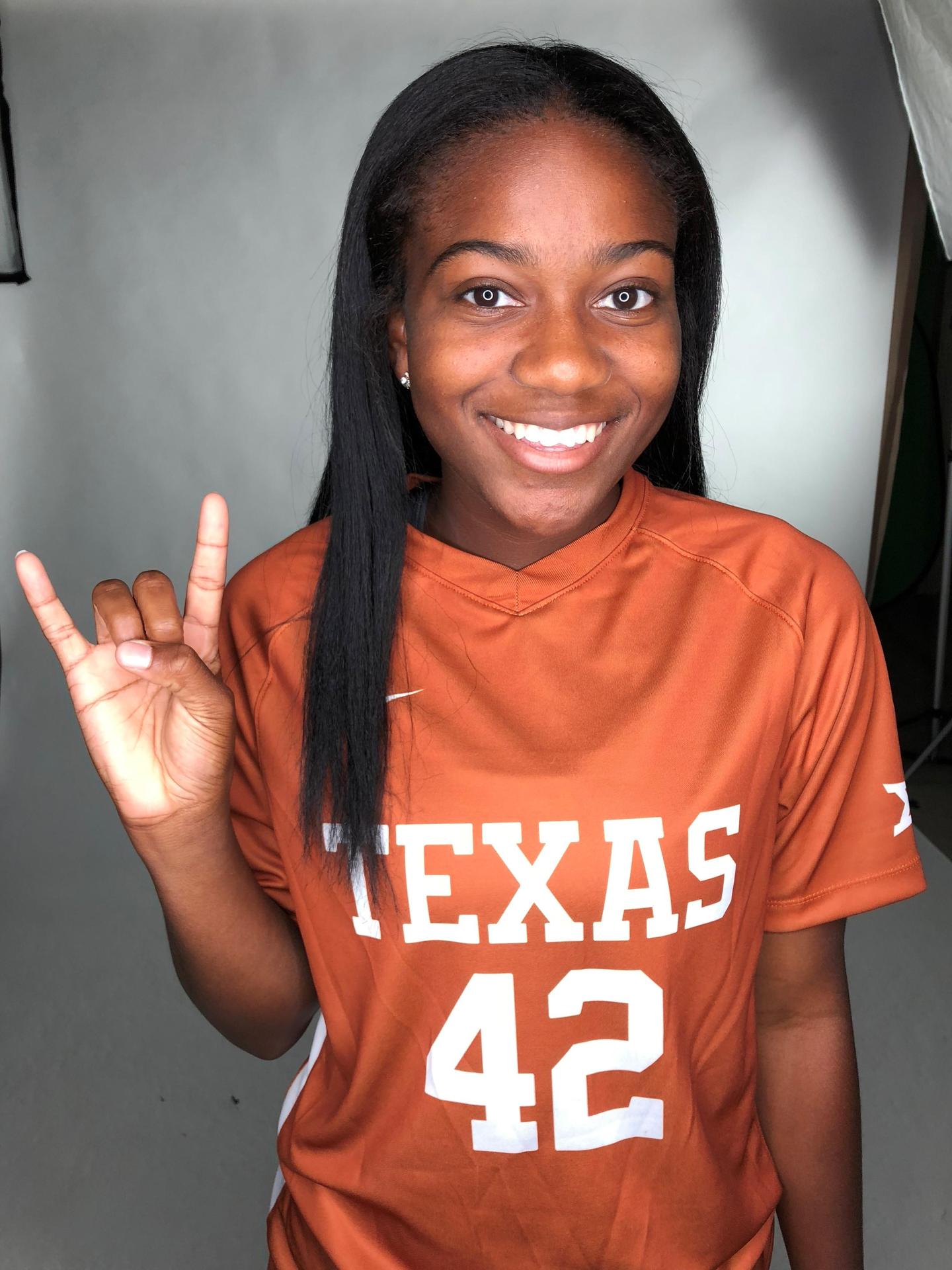 Taylor Currie (STS Class of 2013), a D1 soccer player at the University of Texas at Austin, developed her love and talent for soccer on the blacktop at St. Timothy’s School. She was one of 43 student-athletes from a field of 432 selected for the 2017-2018 Academic All-Big 12 Rookie Team. As a sophomore, her athletic prowess and academic excellence landed Taylor on the highly competitive Big 12 All Academic Team.
“All the skills that I use in college, I learned at St. Timothy's,” she said. “I learned patience from my kindergarten teacher, Mrs. Brown. I learned to be a gracious winner and loser playing for Coach Whitley on the soccer team. I learned the vocabulary words that I still use in my college papers while taking Mrs. Roane's grammar class.”
Taylor is majoring in Government and minoring in Classics, a choice she attributes to her eighth grade literature teacher. It was in Mr. Nowak’s literature class, she said, where she was introduced to books such as “To Kill a Mockingbird” and “The Outsiders” which made her think critically and ask questions.
“St. Timothy’s has left a mark on me that is everlasting,” Taylor said. “The school helped shape me into the person I am today.” 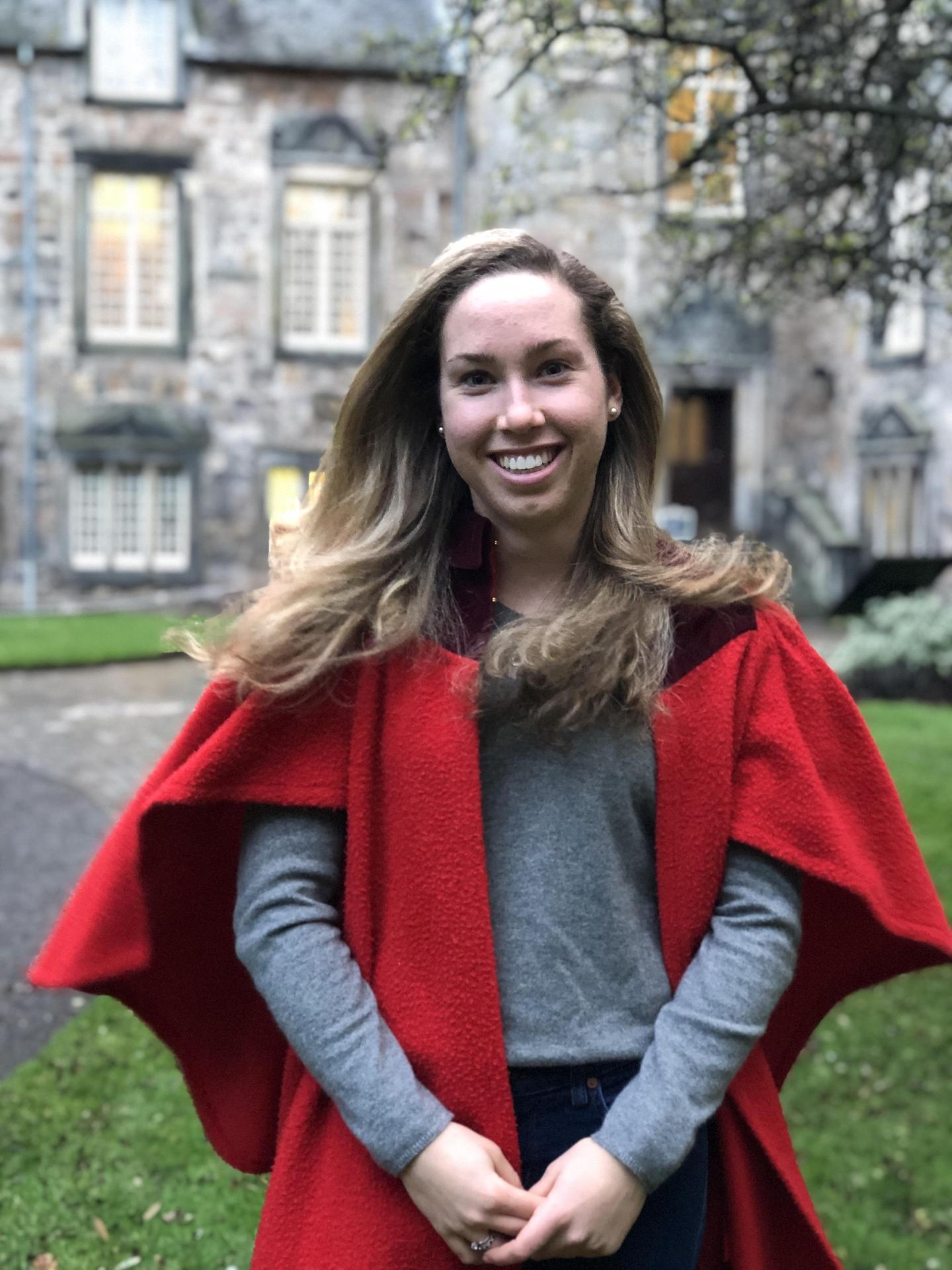 Grace Gressett (STS Class of 2013) is pursuing a joint honors degree in International Relations and Management at the University of St. Andrews in Scotland, where she is a writer for the Foreign Affairs Review covering international relations and current foreign affairs.
She hopes to combine her passions for travel, experiencing new cultures, and rendering humanitarian aid through a career in international development.
Grace said her love of learning took off during her seventh and eighth grade years at St. Timothy’s.
“Mr. Nowak’s literature class gave me the skills to read, write, and comprehend that have been crucial to my success in university,” she said. “Mrs. Woodward’s extra help in math allowed me to enter high school ahead of many students, which in turn placed me on an advanced track through my senior year. I still draw on these skills today as they have been the foundation of my academic and life successes.”
A competitive show jumper, Grace and her horse Karlos spent four weeks with the Vilamoura Sunshine Tour in Portugal. She also ran in the competitive Edinburgh Half Marathon.
A member of the Titan cross country team in middle school, Grace returned to campus while in high school to coach the Running Club. “The sports program at St. Timothy’s is the best I have ever seen for middle schoolers,” she said. “It does a great job of cultivating competitive energy while maintaining a fun training environment.” 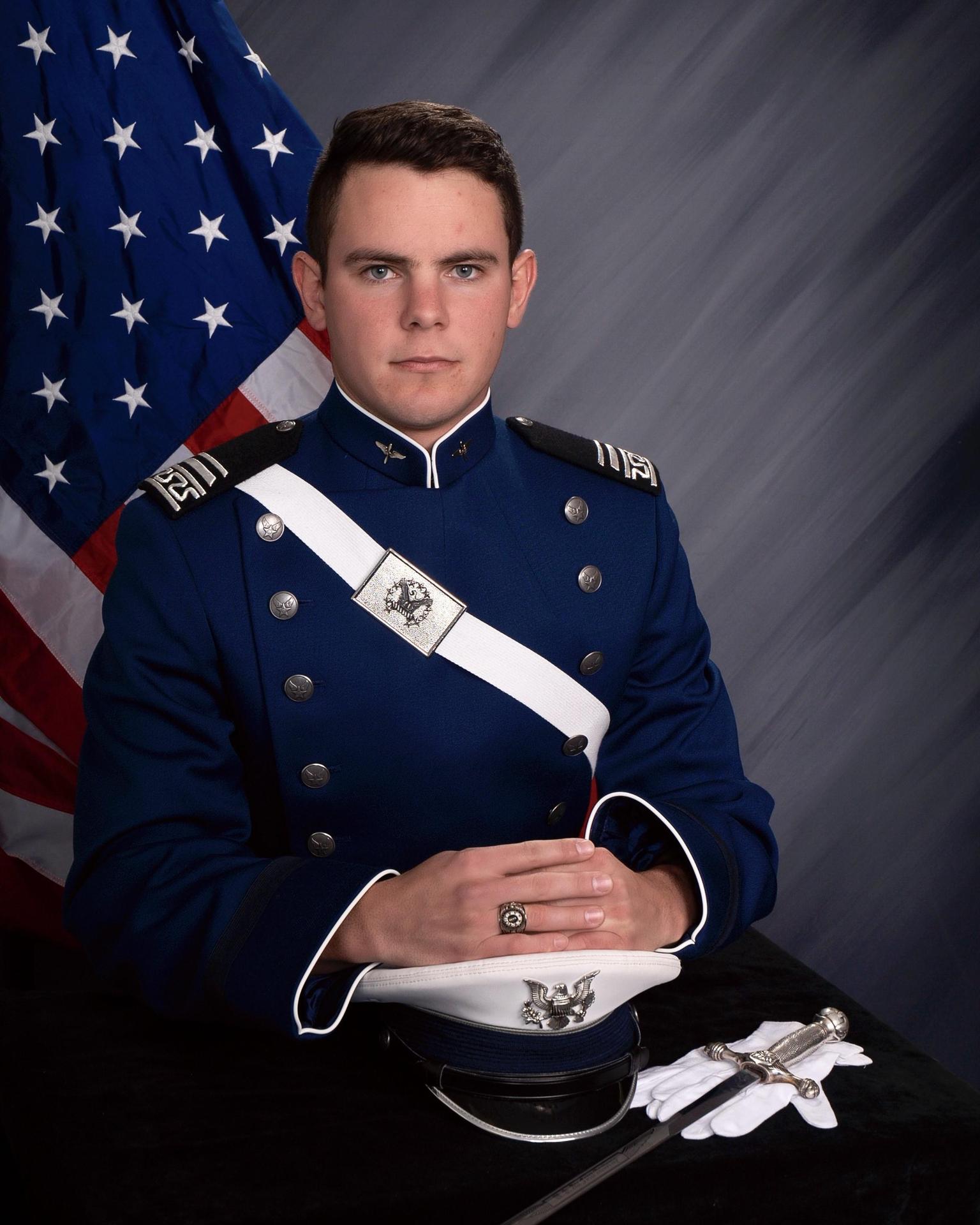 Nico Hillmann (STS Class of 2011) received an appointment to the United States Air Force Academy, where he majored in International Affairs and Military Strategic Studies in Latin America and minored in Spanish. Due to the rigorous STEM curriculum at the Academy, he will receive a BS degree as well as a commission as 2nd Lieutenant in the USAF.
Throughout his four years at the Academy, Nico was honored for excellence in academics, military performance, and athletics. In addition, he earned a spot on the highly selective USAFA Flying Team, accruing over 300 flight hours in military planes while adhering to the demanding academic and athletic requirements of the Academy. His senior year, he was named Team Commander.
Upon graduation, he will be assigned to Laughlin Air Force Base for pilot training in high performance, supersonic aircraft.
Nico cites the requirements of middle school at St. Timothy’s – organizing subject binders, being prepared for class, wearing uniforms, being tidy – with helping him to establish a level of organization and discipline that carried him through high school and the Academy.
“The exposure to faith, the emphasis on education, the small school feel that makes for lasting friendships,” he said. “All of these qualities of St. Timothy’s play into developing the next generation of thinkers and doers. I'm grateful to the faculty for what they do, and for helping me get to where I am today.” 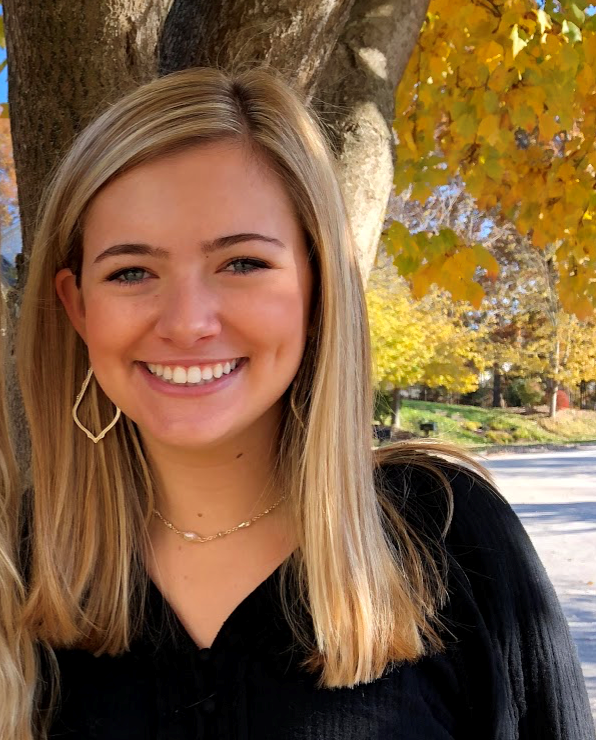 Lindsey Schneider (STS Class of 2013), is a Human Science major on the pre-med track at Georgetown University. She is an active member of the Hoya Blood Donors Club and serves on the chapter council of her sorority as risk management chair.
She also volunteers as an EMT with GERMS (Georgetown Emergency Response Medical Service), a student-run and staffed organization in service 24 hours a day, seven days a week. As such, she responds to medical emergencies on campus and in the surrounding neighborhoods, providing free medical care and transport to nearby hospitals. She will spend her summer riding with GERMS and teaching the campus EMT class.
Lindsey was named valedictorian of her graduating class at Saint Mary’s School, where she ran cross country, played soccer, and served as a student ambassador, Day Prefect and President of the National Honor Society.
“St. Timothy’s taught me how to manage my time, balancing homework, sports, and activities,” she said. “These time management skills have helped me so much throughout high school and college.”
Lindsey returned to the St. Timothy’s campus every summer while in high school to volunteer with the Artists and Authors summer camp. She credits the school with sparking her interest in science and math, which led to her decision to pursue a Science major.

Taylor Smith (STS Class of 2012) is a junior at University of North Carolina – Chapel Hill with a major in Computer Science and a minor in Entrepreneurship. He is a member of Phi Beta Kappa, the nation’s most prestigious collegiate academic society.
The co-IT chair and IM/Rec chair of UNC's chapter of Phi Sigma Pi National Honor Fraternity, Taylor was involved with making an app and redesigning the attendance website for the fraternity. An athlete since middle school at St. Timothy’s, he plays intramural soccer and street hockey at UNC.
Taylor is the recipient of a coveted National Merit Scholarship, awarded to high school students with the strongest combination of accomplishments, skills, and potential for success in rigorous college studies.
In his junior year at Ravenscroft School, Taylor co-founded the Robotics Club to help take STEM (Science, Technology, Engineering and Math) learning outside the classroom by competing in the FIRST Tech Challenge robotics competition. He was a three-year varsity soccer player, winning two Ravenscroft Invitationals, and was inducted into the National Honor Society, the National Latin Honor Society, and the Cum Laude Society.
“St. Timothy's prepared me for high school and college by giving me the work ethic and skills I needed to succeed,” Taylor said. “I even won a National Merit scholarship by writing an essay about my most memorable teacher ever, Mr. Nowak.”

In the past four years, our graduates have matriculated to the following high schools:

Number in parentheses indicates the number of St. Timothy's graduates who have attended that school in the last five years.

Number in parentheses indicates the number of St. Timothy's graduates who have attended that school in the last four years.