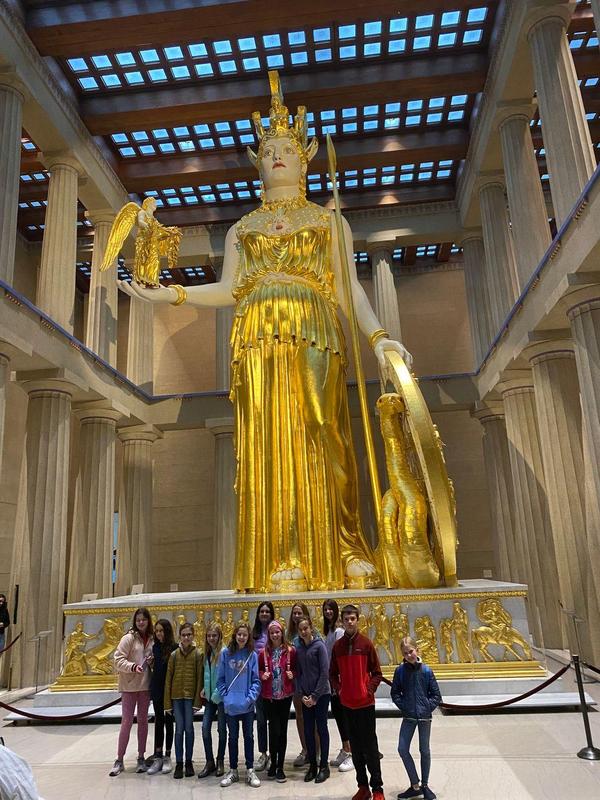 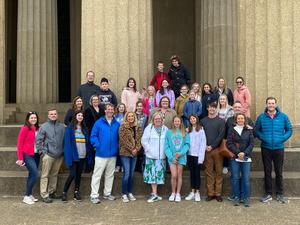 JCL students went on a field trip to Nashville

Where do you take Latin students studying ancient Roman and Grecian culture? To Nashville’s Centennial Park to see a detailed replica of the Parthenon–complete with a 42-foot statue of Athena, the Olympian goddess of wisdom and war. Recently, St. Timothy’s students and their families traveled to Nashville to see what the iconic Grecian temple looks like.


Latin teacher and Junior Classical League advisor Andrea Stehle spearheaded the field trip. She wanted her students to visualize the magnitude of the Parthenon and imagine what it was like to live in an ancient Grecian society.


The first-ever JCL field trip was a smashing success, and Ms. Stehle is already planning to organize it again next year.