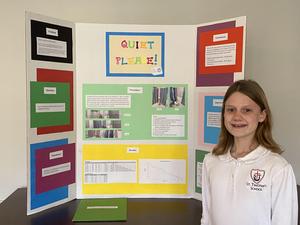 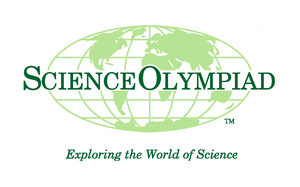 
On April 24, Erica and Grant had virtual interviews with judges to explain their projects, Quiet Please! 2.0 and Hot vs. Cold Fruit Dehydration, respectively. Erica also participated in the optional two-minute mic session where she explained the inspiration and process of her project to the public. Erica’s Quiet Please! 2.0 was one of the top 15 Exemplary Projects in the Elementary Division.


This year marks the first time that representatives of the St. Timothy’s Science Olympiad team have moved onto the state competition. Lillie and Dexter competed in the Write It, Do It Division and a trial event of Fast Facts. They placed sixth out of the 36 teams that competed in the division.


Congratulations to Erica, Grant, Lillie and Dexter for their scientific achievements!