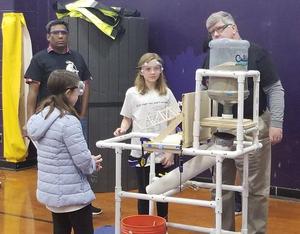 St. Timothy’s School students had a strong show at the regional competition held in early March.

Congratulations to the St. Timothy's School Science Olympiad team for its success at the Science Olympiad Durham Regional Competition held this past Saturday at Riverside High School. A record fourteen students represented STS at the competition.

With 20 teams competing in the same division, St. Timothy's School students had a strong showing, placing in nine different competitions.

Awards were given out to the following students at the competition: