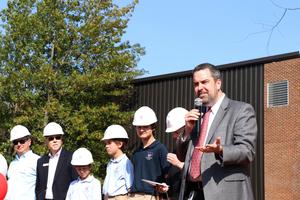 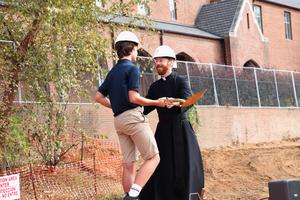 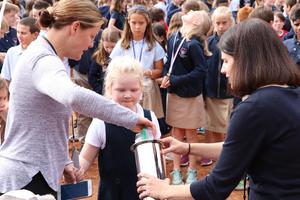 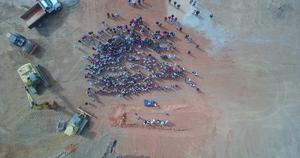 On November 7, St. Timothy’s students emerged from their classrooms and assembled on the construction site at the corner of Rowan and Gates Streets to participate in a celebratory groundbreaking for 1.5 acres of new playground, practice and learning space.

In anticipation of the new multi-use field, loop trail, amphitheater and playground, the School organized the event to commemorate the beginning of construction. Students, faculty, staff and members of the Board gathered on-site.

Lower and Middle School homerooms contributed small items such as a class photo, thumb drive, pencil and STS car magnet to a time capsule that will be buried on site and opened again in 25 years.

The excitement was palpable as students returned to class to the sound of construction vehicles starting their engines.

We eagerly watch the progress on the new outdoor space and thank the community for its support. We can’t wait to celebrate the grand opening this spring!